When you're thinking about Herbal life nutrition, you should look into the various herbs on the market today. One of the first thing you'll notice is that most supplements make claims, but don't back them up.
To know whether St. Johns Wort will really cure hemorrhoids (which, by the way, it won't), you'll probably have to look it up yourself. Encyclopedias, and the web, can make this process much easier; allowing you to find out what it is that is being sold to you as an 'herbal remedy'. While there are many different herbs, below are a few common ones. 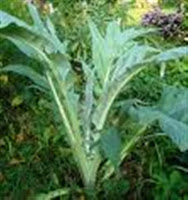 Artichoke:Not all Herbal life nutrition elements must be obscure or specific; common household items can be healthy and helpful too. Garlic and artichokes both have been shown to lower cholesterol. Garlic also reduces blood pressure, and has some antibacterial properties.

Ginkgo:Many energy drinks and herbal supplements display that they include Ginkgo Biloba proudly on their label. Ginkgo is also known as the Maidenhair Tree sometimes. It is a 'living fossil', which means that it is a species that has no living relatives (Ginkgo is in its own division, Ginkgophyta, which has only the one class Ginkgopsida, the one order Ginkgoales, the one family Ginkgoaceae, the only genus Ginkgo and just the one species. It's far, far away from any other species, enough that scientists don't know of any relatives at all), and has remained fairly stable through the centuries in the fossil record. Given all of this, you may be led to believe that it has the wondrous effects for Herbal life nutrition that the labels claim. However, for the most part, the only claim that has any semblance of the truth is that Ginkgo Biloba can be used as a memory enhancer and anti-vertigo agent, and even those claims are contested. It is also expensive enough that most manufacturers only put just enough in to be able to say on their label that it is in their product, in hopes of a placebo effect. The American Medical Association found indications that Ginkgo was no better than a placebo in memory tests, but those experiments are still preliminary. Overall, though, Ginkgo should probably not be something that you use as a deciding characteristic when looking at a product to purchase.

Objavio/la hepatitis ABC u 11:00 AM No comments:

Men reporting.....
Reporting in the American Journal of Cardiology, researchers say they've found that men with a low frequency of sexual activity have an increased risk of cardiovascular disease.
Sex isn't just good, it's good for your heart, a new study of men indicates.
Men who reported sexual activity of once a month or less had a higher risk of cardiovascular disease than men who reported having sex twice a week or more, writes study researcher Susan A. Hall, PhD, of the department of epidemiology at the New England Research Institutes.
Previous studies have examined the link between erectile dysfunction (ED) and cardiovascular disease (CVD), but the new study is the first to look at frequency of sexual activity and heart risk independently from ED, the researchers say.

Stone and sand in the kidney

Tea with stones in the kidney

Shepherd's purse ( Capsella bursa-pastorisof) a mixture of corn silk (Zea mays)and water per 50 grams of tea prepared from 0.5 liter only boiled water, cover and leave to cool and drink throughout the day instead of water.

When the sand in the kidney

The sand in the kidney is recommended one tablespoon of olive oil with honey and lemon juice.

Email ThisBlogThis!Share to TwitterShare to FacebookShare to Pinterest
Oznake: teas, the kidney

Tips from people with weak nerves:

You can use the first root valerijane.200 grams of mince left in the jar and pour a liter of strong alcohol 50-60 degrees.

For ten days, strain. Take 20 drops on sugar cubes, a few times today. Such a remedy most women drink weak nerves.
/My english is not something good, but the tips are great./

Prostate problems:If you have any of these symptoms, see your doctor right away to find out if you need treatment:

Painful ejaculation
Frequent pain or stiffness in lower back, hips, or upper thighs
Inability to urinate, or
Dribbling of urine 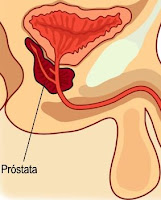 Prostate problems are common in men age 50 and older. Sometimes men feel symptoms themselves, or sometimes their doctors find prostate problems during routine exams. Doctors who are experts in diseases of the urinary tract (urologists) diagnose and treat prostate problems.
You can remedy and prevent prostate infection and, therefore, reduce your risk of recurrent infections without the need for risky drugs, mainly antibiotics most conventional doctors keep recommending.
....
tag:prostatitis,prostate problems,
Objavio/la hepatitis ABC u 4:59 AM 10 comments:

Used as capsules, powder, tea or nutritive supplements, ginseng can be easily found in any drug-store. 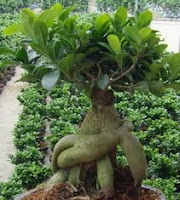 Small doses can increase the blood tension and big doses can diminish it.The general belief is that ginseng prevents the ageing of tissues and treats impotence.